The first interaction meeting of the SCORE project took place in Pisa (Italy), on 6 and 7 December 2021. The meeting was hosted by the School of Engineering of the University of Pisa and involved representatives of WP2, WP3, WP4, WP5 and WP8.

During the meeting in Pisa, the participants discussed the identification of the most suitable models and databases that will be used in the project. Weather data needed to support models and the Digital Terrain Model (DTM) of the Frontrunners was also discussed.

Another important point of the meeting was the choice of the best parameters that we will need to monitor for each Coastal Cities Living Lab, but also the importance of the Citizen Observatory Platform.

The issue of input data has been intensely debated, assessment of data (input and output) types and formats to be managed by the partners; Data management plan: initial version and its expected evolution.

Last but not least, the participants in the meeting discussed the structure for D8.2 GIS based Early Warning and the Digital Twin Platform.

Participants in the meeting also visited the town of Massa, one of the 10 cities designated by the project to function as the Coastal Cities Living Lab. On this occasion, at the Villa Cuturi in Marina, a meeting took place between the municipal administration, represented by the mayor, Francesco Persiani, and the environmental councilor, Paolo Balloni, who said they were excited about the participation of Massa in the project, offering all the support of municipal structures for its success. The SCORE project was represented by Salem Gharbia, the project coordinator. 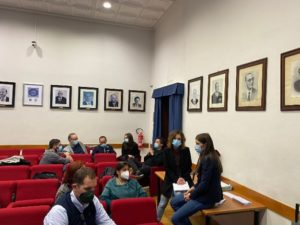 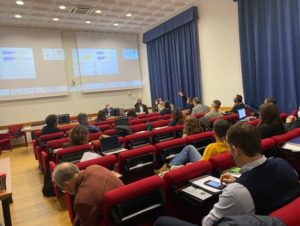 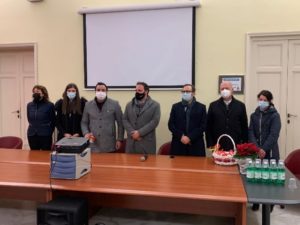